That’s what my iPhone alarm reads at 5:20 a.m. each day before workouts.

And what an opportunity it has been to attend Nebraska Wesleyan University as a student-athlete.

My Dream Of Playing For The Prairie Wolves

My father, Brian Keller, is the longtime head football coach at NWU and stands as the winningest football coach in school history. The entire Keller family has a deep connection to this university as over a dozen extended family members have attended, six of whom are former or current football players.

Growing up, I spent every Saturday in the fall cheering on the Prairie Wolves both at home and on the road, so, unlike most Nebraskans, my dream wasn’t to suit up in Memorial Stadium but instead to play across town for the black and gold.

With the campus being my second home, making the decision to attend Nebraska Wesleyan was a no-brainer. In the fall of my senior year, I committed to NWU as a dual-sport student-athlete in football and swimming.

After the announcement, my dad offered me advice that has stuck with me ever since – he told me to get as involved as possible on campus to make the most of my college experience.

Nebraska Wesleyan is an NCAA Division III school, which means the student-athlete experience is very well-rounded and academics take the lead over athletics. 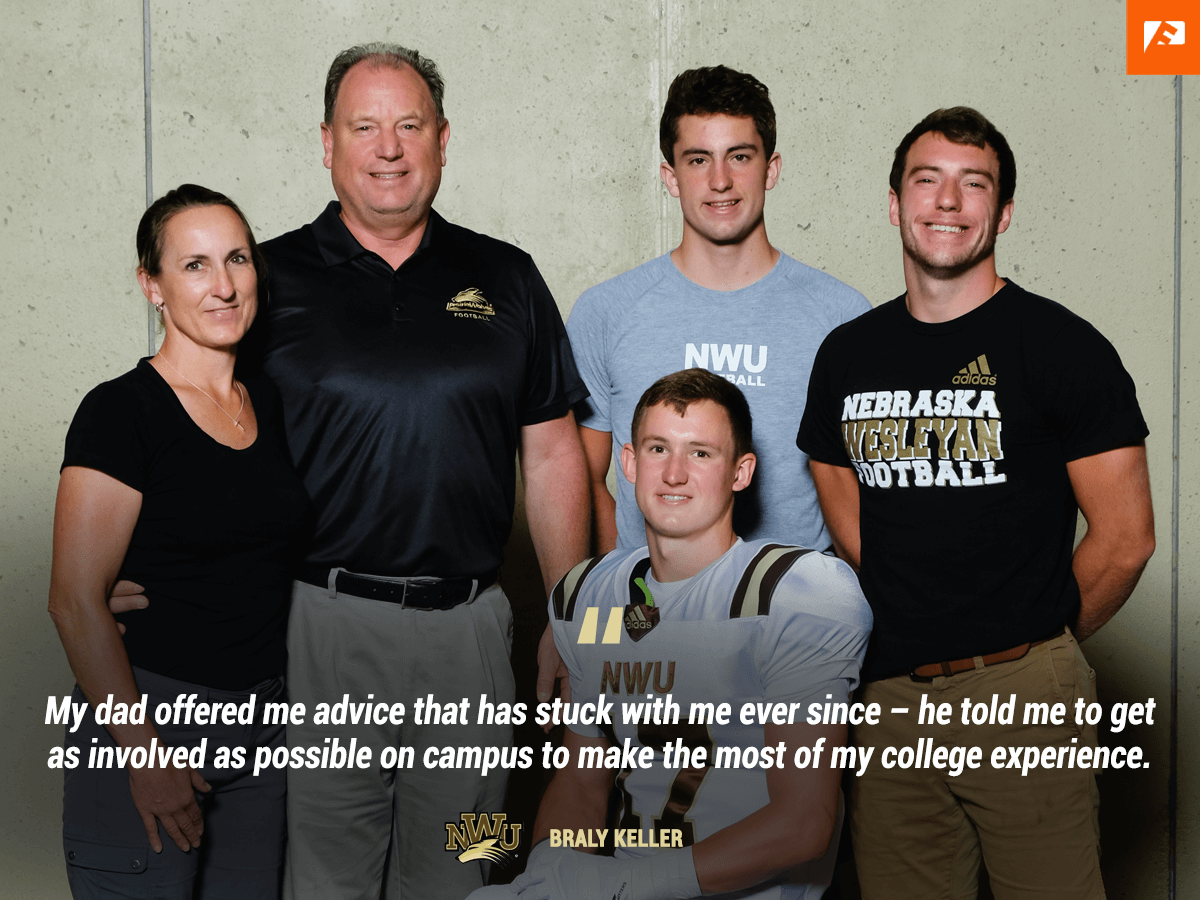 The Call To Leadership

As an incoming freshman, I was selected to represent the football team on NWU’s Student-Athlete Advisory Committee (SAAC).

The current mission statement of the committee is to create a positive student-athlete image on the Nebraska Wesleyan University campus and in the community through service, promotion, communication, and engagement. It wasn’t always this way, though.

My first year, SAAC met every other month and was virtually unknown on campus. The only goal of the group that year was to renovate our university’s all-sports award show (we spent the first three months trying to decide on a new name).

Quite frankly, the meetings were ineffective and as the year ended, I had serious doubts on whether or not I would return to the committee.

I remember leaving our last meeting that spring with notes full of ideas on how to completely change the structure of SAAC – all I needed was a chance to lead.

The following fall, there was even less of a plan for the group. The desperation of leadership in SAAC turned out to be the opportunity I was looking for. 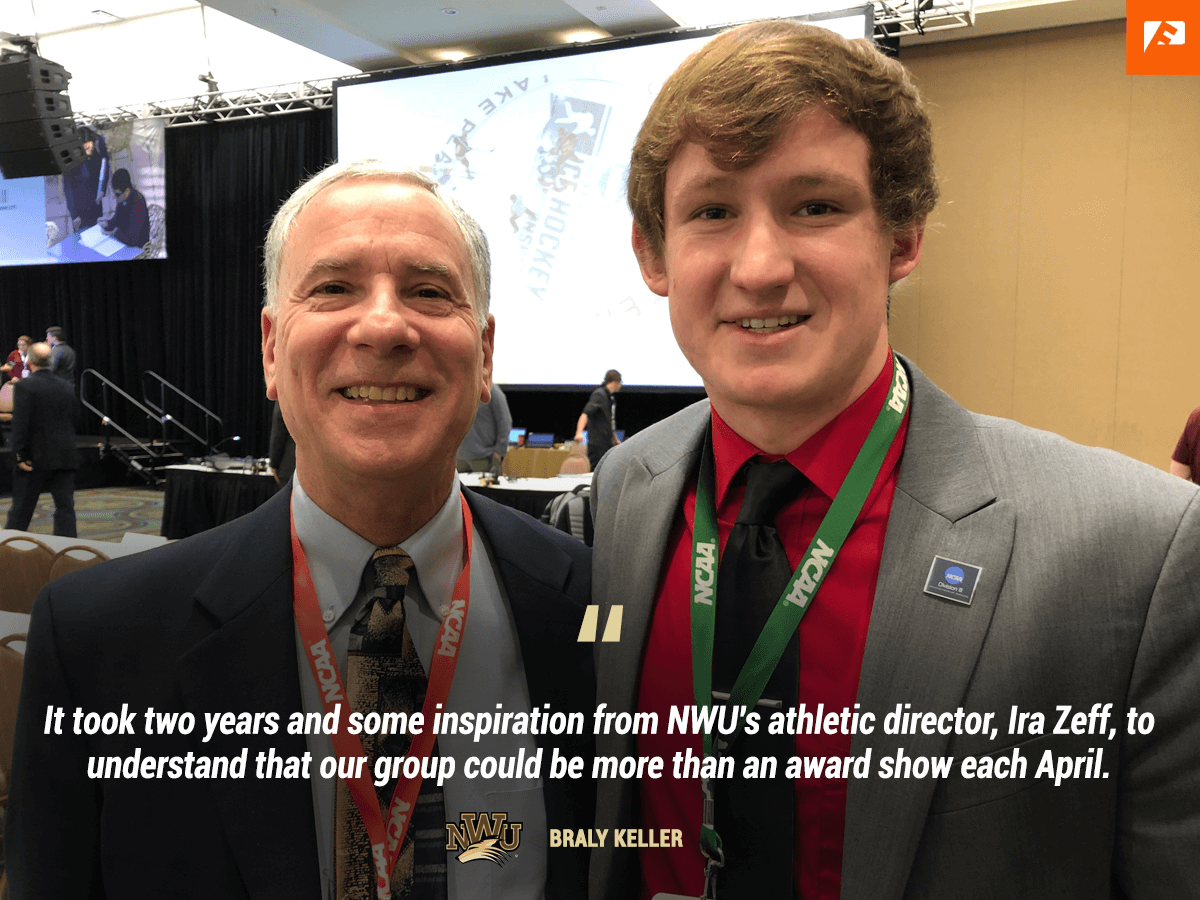 READ MORE: “How One Phone Call Changed It All” by Gabriel Sellmer | Nebraska Wesleyan

The Start Of Something New

SAAC did not have executive roles previously, so the obvious first move was to create leadership positions. Since I was spearheading this initiative, I became the president.

The first year was full of growing pains but the group saw monumental changes along the way, highlighted by the WESPY Awards.

The summer following my sophomore year, I was able to connect with different student-athletes across the country to try and comprehend the impact that SAAC could truly have.

I began the tedious work of restructuring SAAC to expand outside of ourselves into a role-based leadership format. It took two years and some inspiration from NWU’s athletic director, Ira Zeff, to understand that our group could be more than an award show each April.

This is when I first learned about National SAAC and it immediately caught my attention. After working with our athletic director and our conference commissioner, Chuck Yrigoyen, I applied for the committee which is comprised of 22 student-athletes representing each conference pair in NCAA DIII.

A few months later, I was blessed to receive word that I would serve as a representative for the American Rivers Conference and the Midwest Conference on National SAAC until 2021.

In less than one year with National SAAC, I’ve had the opportunity to travel across the country on multiple occasions to discuss NCAA legislaion, partner with Special Olympics, and kick-start innovative social media campaigns. Through every trip, it has been an honor to represent Nebraska Wesleyan University, the American Rivers Conference, and over 190,000 student-athletes nationwide.

SAAC also empowered 35 new leaders across all 22 sports and the athletic training program to represent their teammates in a unified campus organization for the betterment of Nebraska Wesleyan athletics.

Every student-athlete has a voice, and it is our job to give them a platform to use that voice. 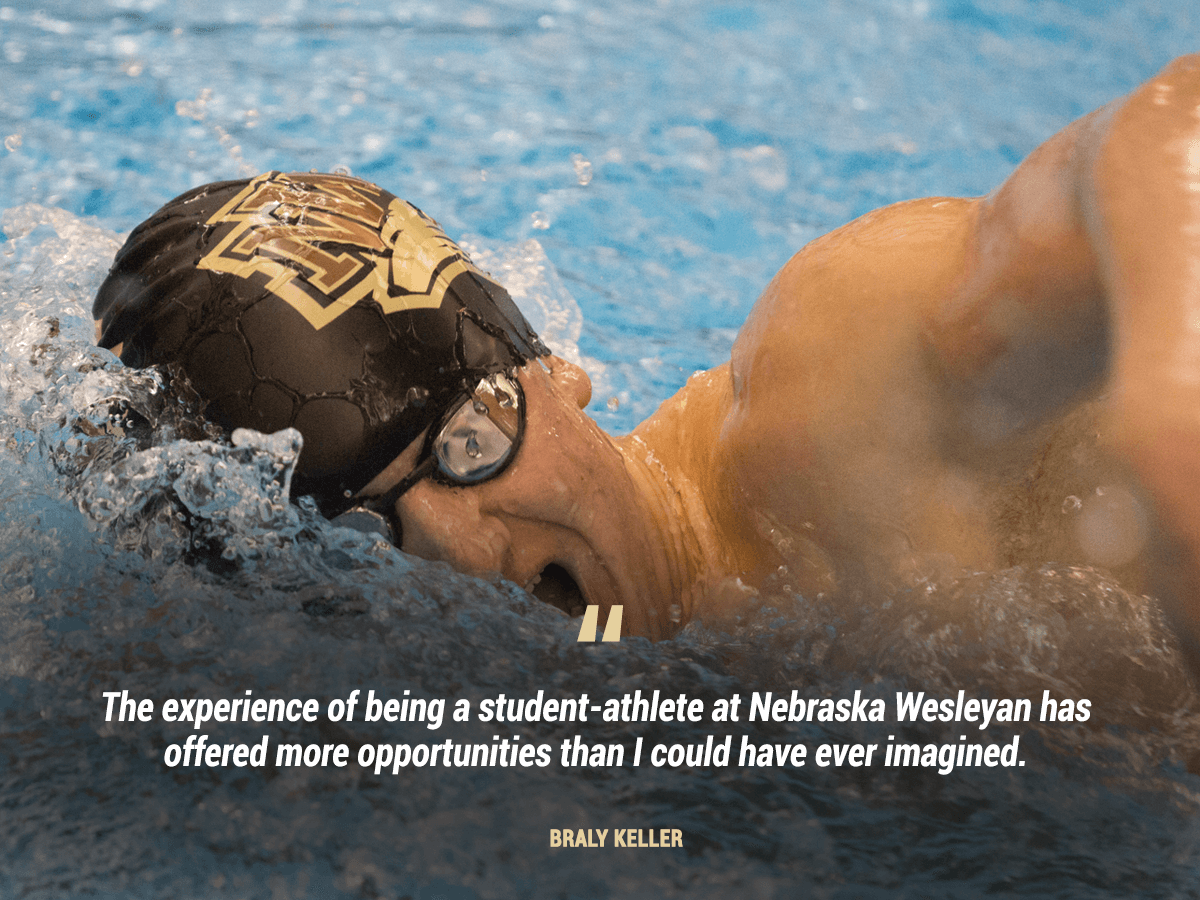 Making the Most of Every Opportunity

With this many engagements on top of an active academic schedule and dual-sport commitments, time management is paramount.

A valuable lesson I have learned through it all is that you have more time than you think, it just depends on where your priorities are at. You can find time to make up for certain things, but you can’t make up experiences.

The experience of being a student-athlete at Nebraska Wesleyan has offered more opportunities than I could have ever imagined. I am so grateful that God has blessed me with the opportunity to be a leader. I believe leadership is the chance to motivate those around you, speak truth to those who need it, and lead teammates through service.

My advice to any student-athlete frustrated with their situation is to step up and be the leader the group needs.

It is far too easy to sit back and complain about a situation, and very few people will ever speak up. For the select few who choose to rise to the call, this is your opportunity – take it!

Despite my undergraduate experience at NWU nearing an end, I will keep close ties to my second-home and the sports world. This summer, I will work as a data analyst intern for the Lincoln start-up, opendorse, a leading athlete marketing program.

As a mathematics major with a secondary education endorsement, I am set to student teach next spring and graduate in May of 2020.

Upon graduation, I plan to pursue a career encompassing education, coaching, and sports-related data.