How I’m Going To Change The World Of Tennis

This article is sponsored by:

When I graduated high school in Serbia, I didn’t really know what to do with my life. My dad, however, who got his Masters degree from the University of Pennsylvania through a chapter in Serbia, exactly knew what I was supposed to do. Given the limited opportunities back home, he wanted me to leverage my ranking as a Top 10 junior in Serbia to get a scholarship in the US and earn a foreign degree. Well, easier said than done…

Because despite my dad’s experience, I had no freaking clue about college or college tennis. In Serbia, we don’t have a comparable system. So, after learning the basics about it, I needed to figure out how to attract the interest of schools.

So in 2002, I used the little coding knowledge I had to build a super basic website with all my achievements and send it off to 30-40 coaches. Now, remember that back in 2002, uploading a video to a website in Serbia was nearly impossible. The fact that I got any interest at all through plain words and pictures is astonishing.

And before I knew it, I signed with Barton College, a Division II school in North Carolina. Go Bulldogs!

How Saving Money Made Me A Cross Country Runner

My time as a student-athlete was challenging, to say the least. Don’t get me wrong, I loved it, but it also made life quite taxing.

One of the biggest challenges was my financial situation. I constantly looked for ways to save money. Ironically, saving money even led me to pick up another sport.

One day, I heard about a Thanksgiving Race where the winner would get a free Thanksgiving meal. So, obviously, I joined the race.

To the surprise of the cross country’s head coach, who had just watched some of her athletes getting beaten by some kid from Serbia in tennis shoes, I finished third. Shortly after, I found myself on the cross country team as she was offering me some leftover scholarship.

But not only was I now a tw0-sport athlete, I also had this drive to pursue multiple degrees. Three, to be precise. I was already earning a degree in business administration and sports management, but after I fixed a friend’s messed up computer later in my freshman year, I also grew a passion for computer science and technology. So, I did what everyone else would have done – I majored in it. 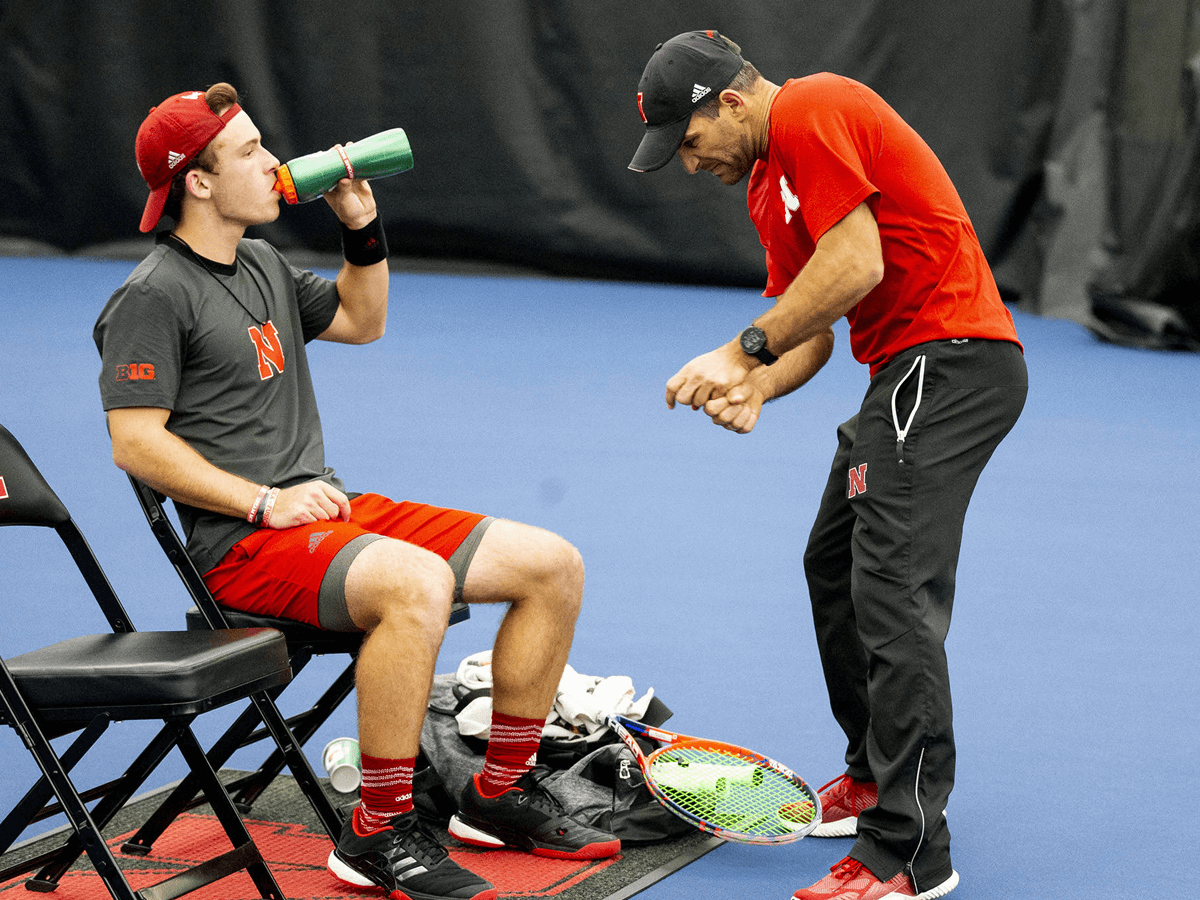 Once I graduated from Barton College, I joined Mark Walters, who was my head coach at the Bulldogs for three years, as a graduate assistant coach at West Virginia. I earned my first coaching experiences while pursuing, you guessed it, two master’s degrees. There was something special about coaching and I immediately had a thing for it.

Before joining the Huskers as a Volunteer Assistant Coach in early 2016, I was working at two prominent tennis academies and was also the personal coach for Timea Babos, a professional player from Hungary. Being a coach on the pro tour was fun but after having done it for a while, I also realized that I wasn’t the guy to travel 40 weeks a year. Besides, I had other plans I wanted to pursue.

The Day I Started My Business

During my time as a coach at Sanches-Casal, one of the two academies, part of my job was to write these performance reports on our players. We used Excel and Word for these and it frustrated me more than I can describe. One day, I literally went crazy and had to do something about it. Technically, this was the day ACES was born.

Technically, I just wanted to solve a personal problem, but once I realized I wasn’t the only one feeling this way, I knew I might be up to something.

Granted, the initial spark to build what eventually turned into ACES actually came in 2005 when I was still in college. I sent an email to a friend, telling him about this “Facebook” website.

I think we should make a Facebook for tennis.

Today, ironically, ACES offers a lot of the things Facebook does. It gives players, coaches, and parents an opportunity to communicate and share what they see and experience on a tennis court.

But obviously, it took a lot of time to get it to this point. When I had built this first solution while working at Sanches-Casal, it was doing its job, but had zero room for scalability. So, one day, I told some friends from Serbia about what I had built while driving to Florida, and they not only shared the same vision but wanted to support me on my journey. We found a developer in Serbia and got started on ACES 1.0.

Looking back, this drive changed my life. At the end of 2016, I released my first version. 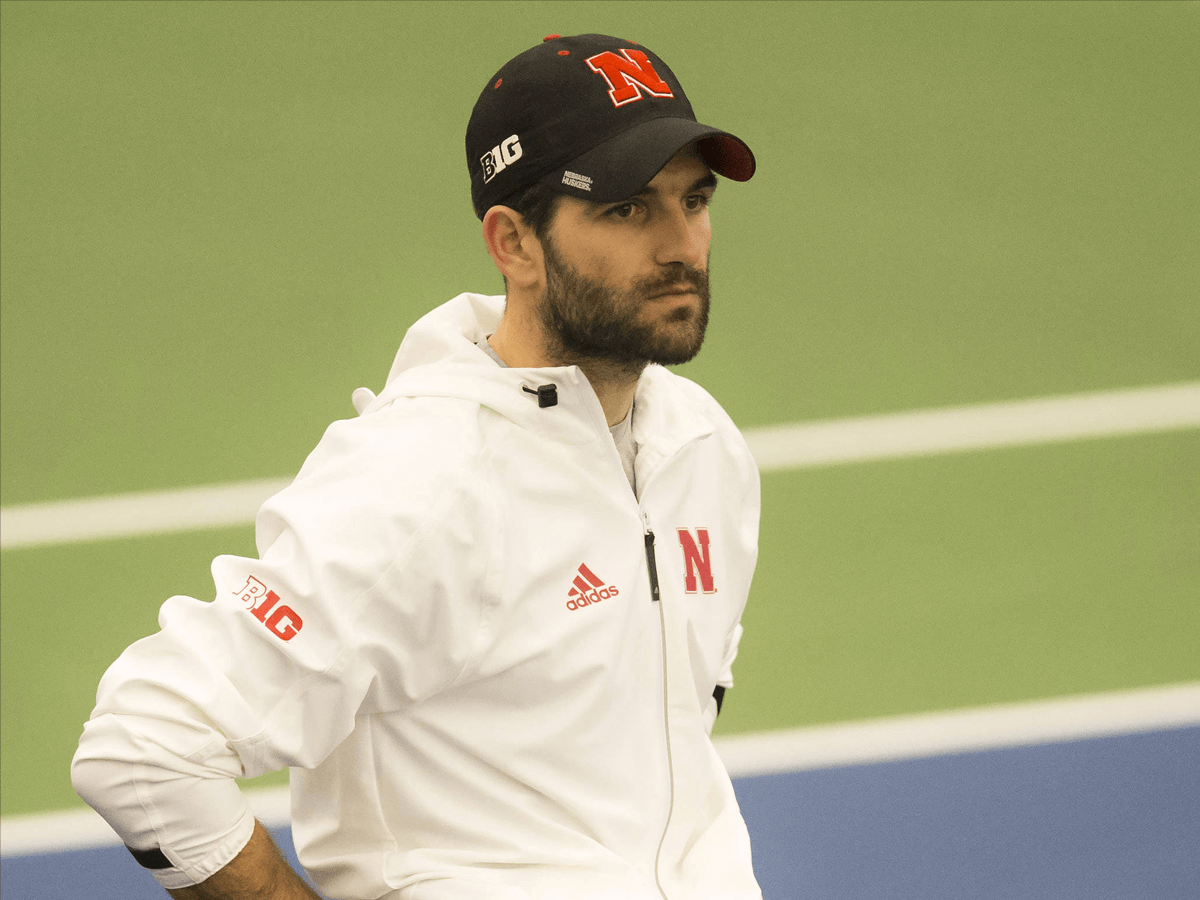 The moment I realized ACES actually has the potential to make a splash in the tennis world was when Sven Groenefeld, one of the most decorated tennis coaches in the game, emailed our support to share his excitement of using our app. I mean, having your first paying customer be an academy in the Maldives is incredible, but having someone like Sven vouch for your product changed my world.

Fast forward to today, our software is now used by over 200 tennis organizations worldwide, ranging from clubs to high school & college teams to professional player teams. As a tennis visionary, nothing is more rewarding than hearing how ACES helps clubs and tennis professionals all around the globe streamline communication between players, coaches, and parents and simplified their life.

We just released version 2.0 and I can’t wait to revolutionize the tennis world with ACES.