To begin with, tell us what it means to you to be a UIC Gymnast.

Competing for UIC means that I have earned the right to compete for something bigger than myself. Being able to wear the UIC singlet, gives me the opportunity to compete for my team, coaches, family, friends, and other people who have impacted my life.

Speaking of impact… How has being a UIC Gymnast impacted your life?!

As a UIC athlete, I have earned a second family. During May of 2017, my father had a serious heart attack leaving him in the hospital for a few weeks. As a part of this family, I always knew that there was a group of people who had my back and were willing to support me in any way possible. 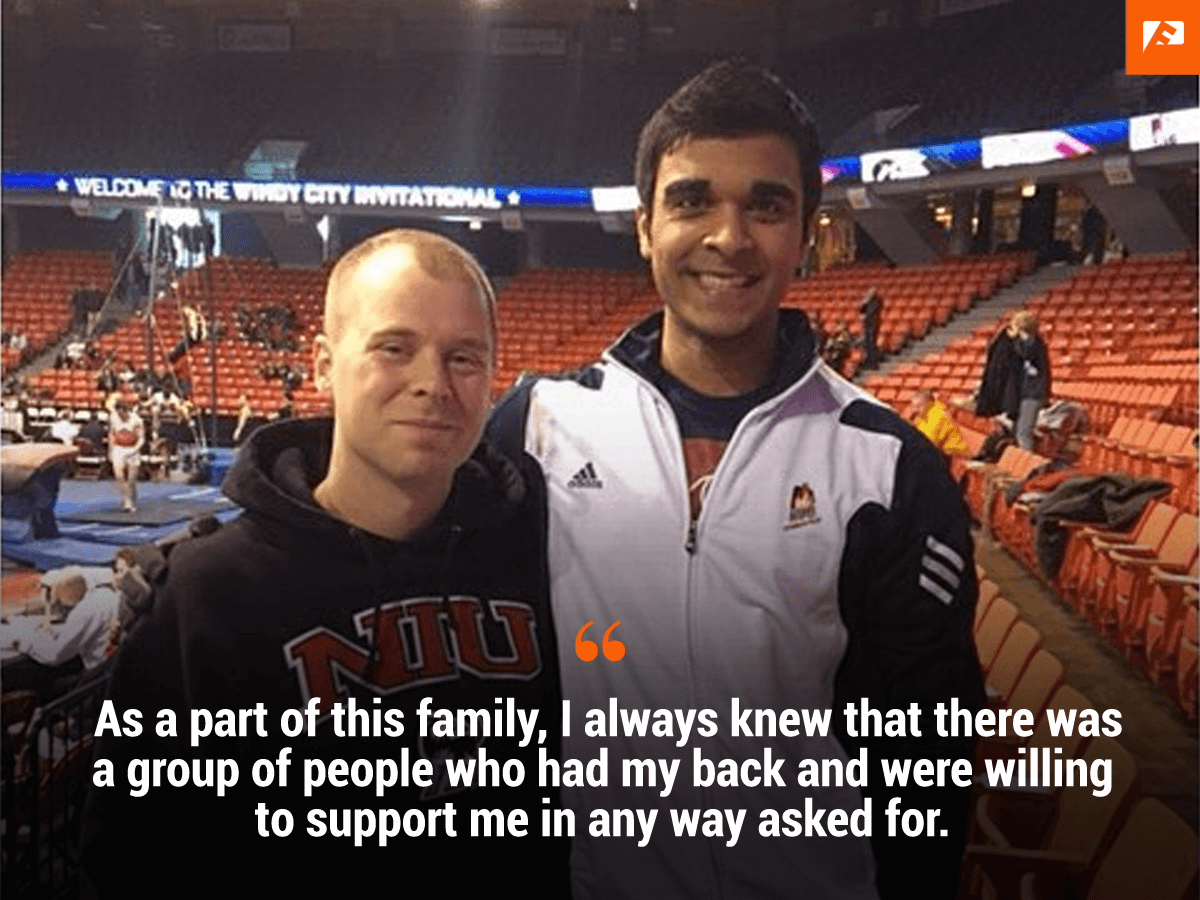 You made a lot of experiences as a gymnast at UIC. Can you describe your most memorable one?

Having my teammates right next to me during senior night. With everything that has happened to my father in the summer of 2017, I asked my teammates to walk out with me during my senior day and join me in the pictures. Being the only senior in the 2018 season, this was something that I took to heart because if it wasn’t for my team and their support, I would have not been able to get through this summer. I am glad to have come through this program where I had 30+ brothers right beside me.

After this season, things are potentially going to change for the UIC Gymnastics programs. Describe your feelings about that?

Being an alumni of the program, I left a good job in which I was making decent money for another opportunity because the income was higher. With this extra income, I was hoping to donate to the UIC Men’s Gymnastics team. I think it is very important for athletes to give back and even though it was not a lot, it was at least something. I also decided to stay in Chicago because I love this team more than anything and stayed behind to be a volunteer. Though I had an opportunity to work for the U-Mich team, I told Kurt Golder that it would be beneficial for me to stay at UIC and become a volunteer because of these 30+ special people in my life.

What kind of impact do you anticipate this decision could have on the whole college gymnastics community?

I think a lot of teams are going to be frustrated. You have a big amount of young boys and girls joining this sport that now have to realize that most of their hard work and time could be for “nothing”. The only other “opportunity” for them is the Olympics which only 5-7 athletes get to compete in. College gymnastics gives young athletes the chance to compete in something bigger than themselves. Yet, here is our sport getting smaller and smaller for various reasons such as budget issues, etc.