If it were not for a great team of doctors and what I’m sure had to be a lot of prayers by friends and family, I would not be alive today. In January, I will be reminded that three years ago, I could have easily lost the fight to a full-body sepsis and double pneumonia.

My Life After Nebraska

After graduating from Nebraska with a major in business, I was faced with saying goodbye to all the people who had become family to me over four and a half years. As challenging as that was for me, I eventually set out to take on life after college and found myself back in my second home in Kansas City. I would be lying to you if I said that every day following graduation is sunshine and rainbows. As many of you know, life in your mid-to-late twenty’s is as exciting as it is stressful most of the time. It is a unique time in our lives when we get to enjoy how far we have come but also wonder where, what, why, when, and how the remaining chapters of our lives may unfold. Not to mention many of us have just bid farewell to a part of our identity we knew for so long, the athlete.

I was in middle school when I knew that tennis was not going to be just another activity for me, but rather a lifestyle that would help me earn a scholarship to play for the Huskers. Not a day goes by that I don’t miss practicing and playing a game that gave back as much or more than I could give it. At times, it could be completely frustrating and heartbreaking, of course, but looking back, it has also taught me so many valuable life lessons that it’s hard to imagine my childhood and adolescence without it. I sometimes worry that I allowed myself to miss out on important moments in high school and college like dances or a Greek life in lieu of remaining a competitive tennis player, but all things considered, I wouldn’t trade any memories of my tennis career for Prom night or another house party. In fact, it was on a chilly, Friday night in Kansas City around a year after graduating that I would come face to face with my toughest match yet.

After traveling with my brother Jack, a professional tennis player currently ranked #17 in the world in singles and #2 in doubles, for several months following graduation, I decided to make Kansas City a home base and began earning an income from teaching tennis lessons and clinics. An opportunity to coach at the same academy that had taught me countless character lessons including discipline, perseverance, positivity, and leadership was priceless. Not everyone is meant to make a living playing a sport but I found a lot of peace and happiness out of staying in tennis. Helping other players strive to be the best they could be provides a level of joy and personal satisfaction that only a few other jobs could possibly give me. So, about a year into this new chapter of my life, I came down with your average sore throat that turned into anything but an average illness. 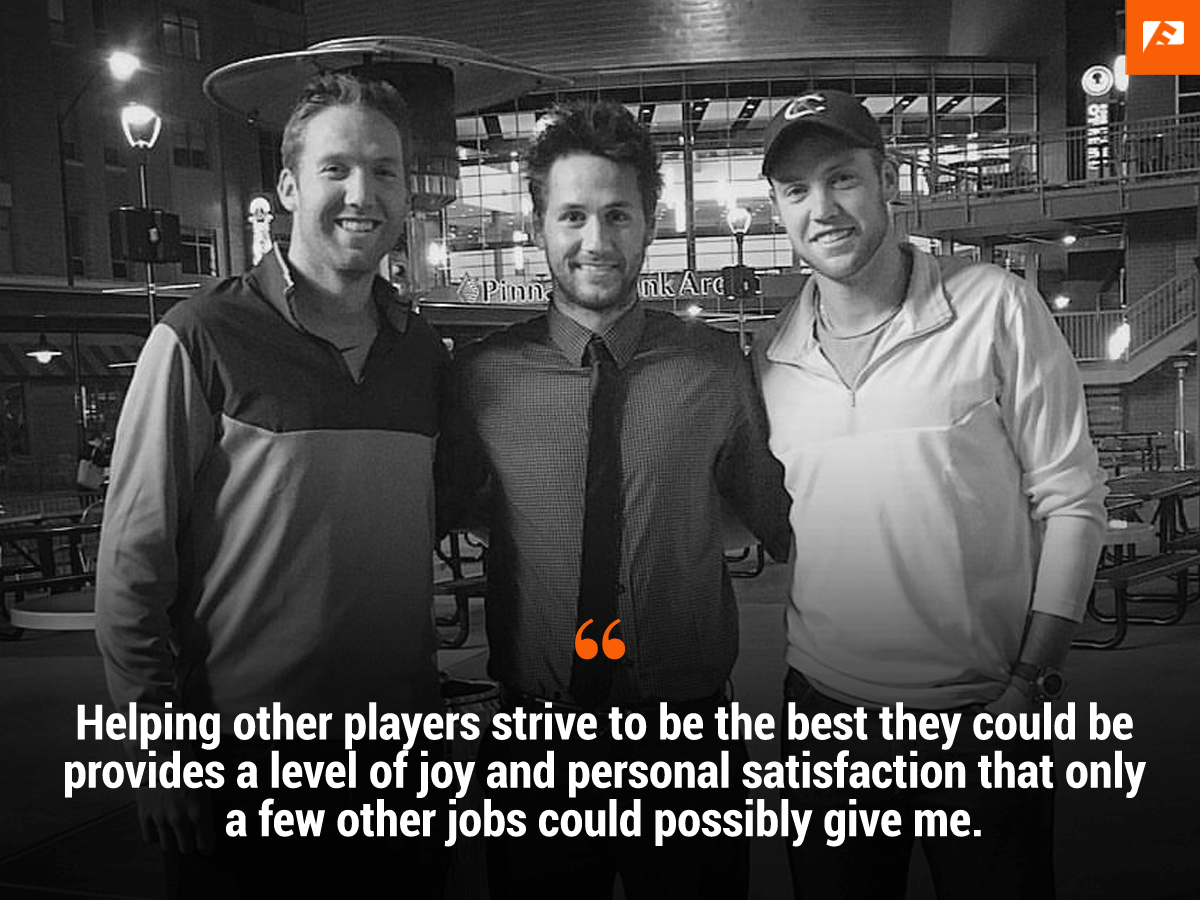 The Night That Changed My Life

A night out with friends on the weekend following New Year’s in 2015 found me fighting for my life in a hospital a week later. One of the reasons I choose to be selective about going out anymore is in large part due to suffering the consequences of being run down and unrested. Little did I know that the sore throat I had contracted that night was developing into what I would come to know as Lemerrie’s Syndrome… a life-threatening bacterial infection that if not treated immediately can kill its victim in a matter of days. Luckily for me, I had family in the area and with special thanks to my mother, I was rushed to the emergency room at the nearest medical center, Menorah, and treated thereafter.

I had always been a man of strong faith but I think that the experience I would end up having to go through would only solidify the beliefs I had previously held. Over the course of the next three weeks, I would go through by far the most traumatic sequence of events I have had to encounter to this day short of possibly a family member passing away.

The disease which is contracted by the bacterial infection of a sore throat passing from the throat into the bloodstream is awful. It attacked my healthy organs and caused an otherwise healthy, young adult to be bedridden for 10 days and placed on life support. Lemerrie’s happens to be an extremely rare condition and if it were not for Doctor Michael Monaco I may have never woken up from a nightmarish fight. You see, the staff at Menorah had to place me in an induced coma so they could properly treat my illness. Prior to being placed under I was in far too much pain to be treated as I could not lay still and even thrash about wildly as to display the amount of pain I was in. What had started as your typical cold or flu was now literally killing me by the second from the inside out. The illness attacked my lungs eventually causing double pneumonia and consequently emergency surgery to remove fluid from the lungs so I would not suffocate under my own breathing. Chest tubes had to be placed in my right side as they needed a way for the fluid to exit my body. I’ll have scars on my right side and along my upper right back from the emergency operation, but it is a small price to pay to keep one’s life.

Much to my own gratitude and if not, more importantly, my family’s, I did finally come to following Dr. Monaco’s diagnosis of it being Lemerrie’s Syndrome rather than any of the handful of diagnoses the team of doctors had thought at first. I woke up around a week and a half later after going into the emergency room with complete amnesia of everything that had happened as a result of being in the induced coma and on life support. You could imagine my relief as I came to as well as my confusion.

Fighting My Way Back

In a state of disbelief as to everything that had transpired and at how much my body had atrophied my road to recovery and regaining full health began. I was extremely happy to be alive but I knew I had a lot of work ahead of me to get back to being an athlete. Apparently, the doctors were having a difficult time diagnosing the case seeing as Lemerrie’s is a rare illness and so thanks to the whole medical staff, my mom, dad, and brother for sticking by my side throughout the entire nightmare and especially Dr. Monaco who allowed me to make it out on the surviving side.

Any time that I think life is hard for me, I just think back to that moment I woke up from the coma in the recovery room at the hospital and think “there isn’t any adversity in my life that possibly compares to losing one’s life.” So, as cliche as it may sound, I genuinely wake up most days now and thank god that I am alive. I eventually did learn to be an athlete again thanks to physical therapy, patience and a burning desire to be myself again. I truly am someone that needs athletics in his life to feel alive and through the struggles to get strong and fit again, I learned a new take on life. I can’t say that I always had the same perspective pre-Lemerrie’s but something like what occurred that month in January will hopefully always keep things in check for me. Live life, love, breathe, ponder, converse, hope, dream… anything that we as people take for granted at times can never be replaced once we lose our fight with the Grim Reaper. Hold close those that you hold dear. Tell people you do love them. Make new memories and learn as much and for as long as you can.

As I found out the hard way, everything we have and know can be taken from us at any given instant. Our lives really are an opportunity and what you do with it is your given right, but I encourage everyone to at least appreciate it.