After nabbing the California State Championship in the 100H, I was recruited from schools all across the nation. But to one school, my track coach said:

Don’t even bother because it is in the middle of nowhere.

That school was Nebraska. Despite being heavily recruited by California schools, they were already ruled out because I wanted to focus more on my academics and California can be one big distraction.

I made Nebraska my first recruiting trip in spite of what my coach said. From the moment of stepping foot onto Husker Nation, it felt like home. It was overwhelming to see the facilities, the track was beautiful, people really meant “how are you” when they asked, and their academic program knocked it out of the park (and still does to this day!). I committed before leaving and knew Nebraska was my new home. 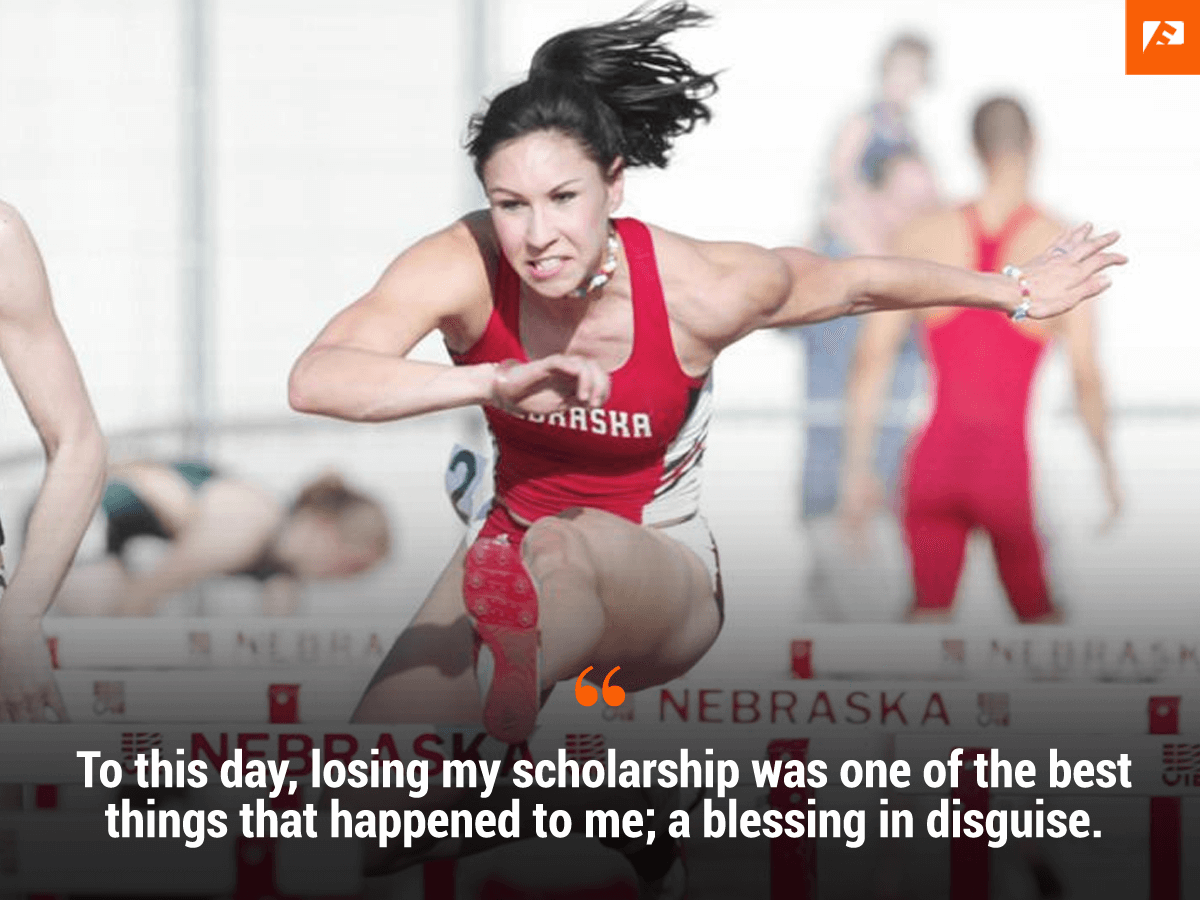 My first year at Nebraska was rough, but not because of Nebraska. I had been in a very abusive relationship in California and that person came with me to Nebraska. After getting a restraining order just weeks after moving, it was the first time in years that I felt safe. Largely thanks to my new friendships with teammates who helped me get out of a very difficult situation.

On the other side of things, it was just rough emotionally, and I let it affect my training and competing. I lost my scholarship after my first year at Nebraska and it was completely my fault. I decided to look at it as an opportunity and not as “opposition”, and I fell in love with the sport of running again. Not running because I was getting awards or accolades but just running to run because it brings me joy. After a rough year, I came back for my senior year as one of the top runners again and ran in the indoor and outdoor NCAA National Championship as someone who loved the sport. To this day, losing my scholarship was one of the best things that happened to me; a blessing in disguise.

Learning from the Best

My Coach Viktors Lacis showed me what it means to be tough. He instilled a work ethic to treat every day like the national championship and giving it your all. That attitude is lived out in all I do which helps in my training as a Ninja Warrior and Spartan. Academically Dennis LeBlanc, Keith Zimmer and Alvin Banks helped paved the path for a struggling student like myself to become the first person in their family to get a degree.

After graduation, I worked for the Huskers in the Nebraska Athletic Department for over a decade under Boyd Epley, John Ingram, and Tom Osborne. They were not only influential people but are great friends to this day and amazing mentors for how I live out my life. Tom Osborne was the athletic director during my time at Nebraska and one of the main reasons I flourished in my career. He gave me something very important-an opportunity. When someone gives you a chance to step to the plate, even if you aren’t sure you are ready, make yourself ready. I never wanted to let him down and $340M in projects later, him giving me those opportunities changed my life and contributed to building amazing facilities for student-athletes that allowed them to thrive in their environments. I love Nebraska and bleed Husker Red through and through. Forever and always GBR!

Being a Husker truly shaped my life forever as a stepping stone to purpose. One of the biggest lessons I learned from Nebraska outside of sports was to give back to the community. This started early as a Girl Scout but was re-affirmed as a student-athlete through life skills. Something that truly inspires me is to serve feedONE, an international non-profit that helps to feed families globally. $10 a month feeds a child for an entire month. Give back, Give Your Best and Give Your All.

The Suicide that Changed my Life 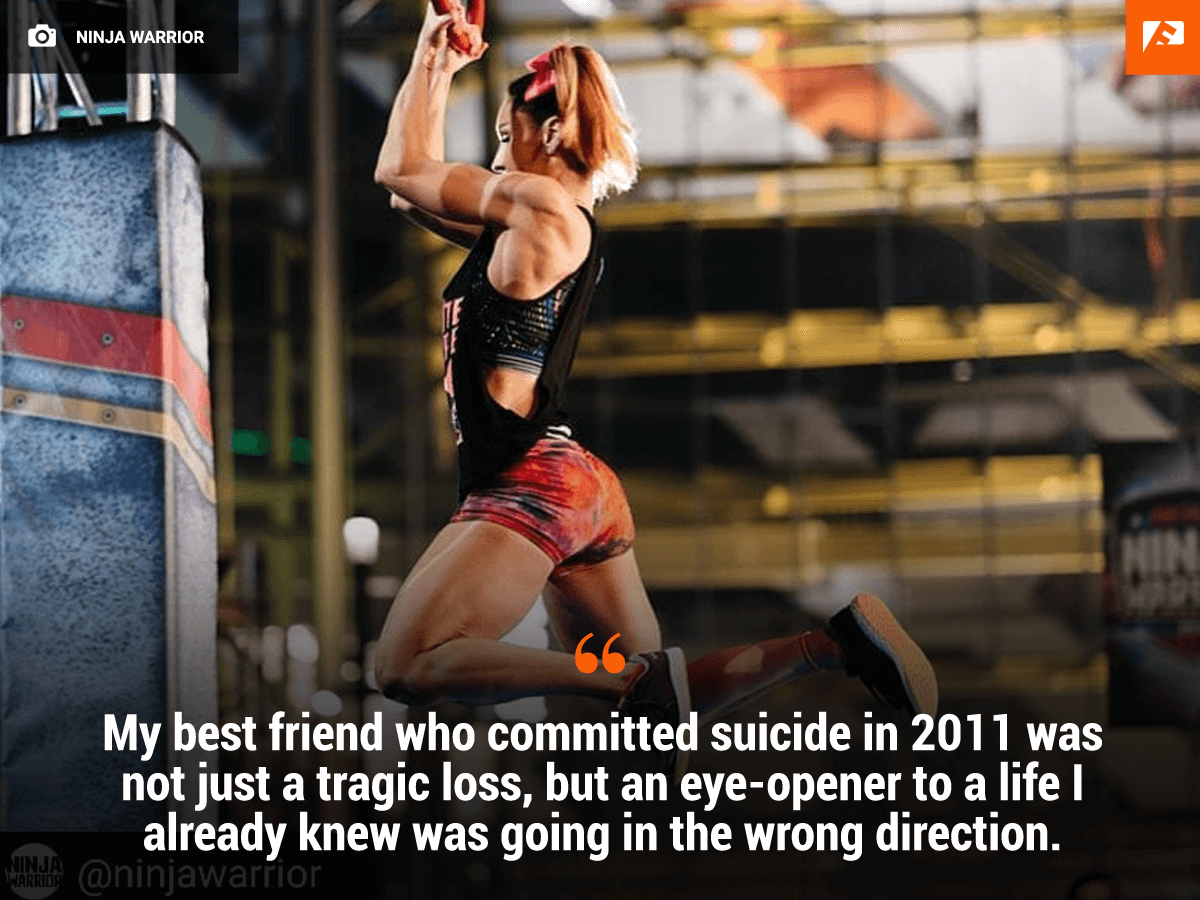 Unfortunately, my life hasn’t been about making popular decisions in recent years. I strive to make purpose-led decisions. Faith is important to me, and something I think about every day is how ambitious the disciples were. Yes, we have a sabbath, but the other time in our lives is meant to be living a life of our calling. The thing is, I know mine and pursue it hard. That scares some people and the more you are out there, the more criticism will come your way. As a by-product, friends (or people you thought were friends) will move out of the picture.

When talking about my ‘transformation’, people often ask me what got me to that point. A lot of things have shaped my life to this point. Rape, assault, domestic violence, an eating disorder, staying in a homeless shelter, bankruptcy, a near-drowning experience, car accidents that I should not have walked away from, being robbed, my brother and best friend committing suicide, attempted suicide, and PTSD from emotional abuse. Years ago, this would weigh me down and I’d want to give up, but if I had, so much goodness would have been missed. Life IS good, in fact, it IS great. This is why I love the saying “Never Give Up” because our struggles, those life obstacles, don’t define us. But we can choose to let them be defining moments of change to grow stronger, wiser, and a catalyst for positive influences on others who hurt.

My best friend who committed suicide in 2011 was not just a tragic loss, but an eye-opener to a life I already knew was going in the wrong direction. Not because I didn’t love my career, working at Nebraska Athletics was a dream come true and I truly loved every minute of it. It was because I loved my job so much that I put friends aside. In her greatest time of need, I put her aside for a project….so busy putting my name on projects, building my resume and buildings, but not building people. The day of her funeral I decided to quit my job and left Nebraska in 2015. Setting on the course I am now to love people, equip and inspire them to own who they are, and for women to feel empowered.

The Hardest Decision I Ever Made 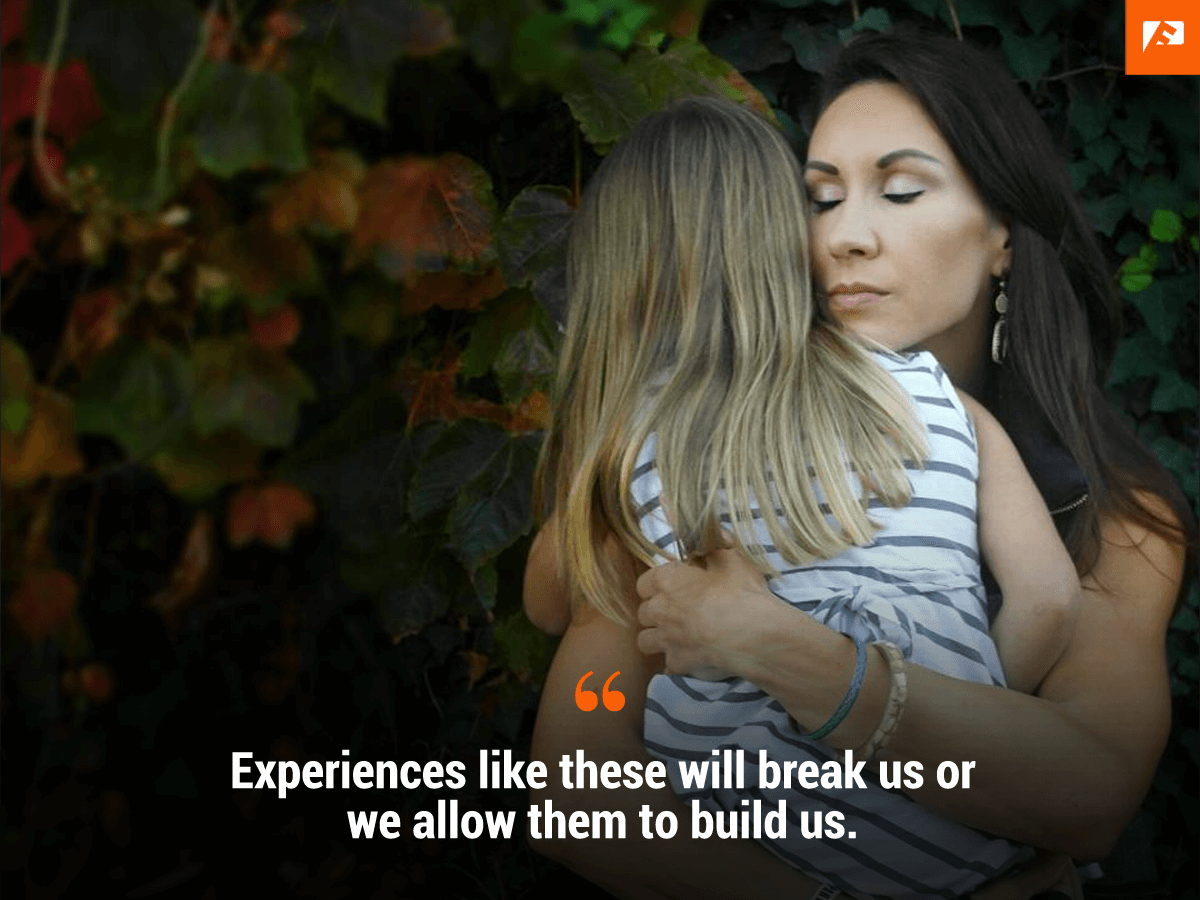 Experiences like these will break us or we allow them to build us. The biggest challenge for me in the last couple of years came when I filed for divorce after twelve years of marriage. It was hands down the hardest decision in life I will ever have to make. And yes, it was a decision that had to be made.

Don’t confuse this with me advocating for divorce. There was a lot of thought and prayer put into this including consultation from several pastors, counselors, older couples, and friends. You see, I love marriage. It is amazing to live life with someone you think is your best friend. But sometimes, you get confronted with the unexpected and it crushes your soul and when you step back to see the whole picture of reality, it is affecting your children very negatively. I left all my clients in spring of 2016 in an effort to understand what was going on and give all of my time to helping my spouse through his struggles. At the end of 2016, I realized the best way to love my spouse and for him to be the dad he needed to be, was for us to not be together. Becoming a single mom in a city where I have no family and had no job for almost a year was harder than I will ever be able to put into words. But every day, hope sparked in my heart that as a family of now four, we would be stronger, healthier, and have more peace as we pursue purpose together. I lost many friends over this and I still care for my kids’ father deeply. As a friend, I like to see him thrive because when he does, my family thrives.

Because at the end of the day, my greatest purpose of all is to assist my kids living their purpose.