At the age of 3, I affirmed I would play the game of basketball when I was older. Like many kids you might say; however, when I speak to family members that recall my early childhood, they say that affirmation was different than most. I believed it, and I never changed my goal. I couldn’t dribble, had never even played in a real basketball game, yet I knew that was my destiny.

26 years later I am an accomplished Indiana University Alum and an 8-year professional basketball player that has traveled all around the world. But it all started with a dream. A simple decision to block out anyone who said I couldn’t and go all-in towards my goal. I did it! Like many elite athletes that reach a high level in sports, the game becomes our identity. Everything we are screams ATHLETE. We believe this is what we are instead of what we do. Those around also look at us as the athlete and nothing more. So when the game stops, we are lost in unfamiliar territory. Those who once loved you, cheered you on, coached you up, or even helped get you to a certain stage start to slowly disappear. They forget about your glory days and are on to the next athlete of discussion. We become so attached to the game that walking away is a challenge. So, the normal transition is to become a coach, trainer, or nothing much at all. After playing on the biggest stages imaginable, you are now left searching for something that can give you the same feeling elite competition once did.

I wanted different! I wanted my story and everything I’ve gone through as an athlete to have a lasting impact on the next generation. Going to coach would not reach the masses. I didn’t want to be a statistic. So, one lonely day in Italy as I reflected on my career, I became that 3-year-old Jori again. I defined a new dream. A new goal that I was passionate about and would see it through to fruition. I was officially an ‘Athlepreneur’. And this dream was much scarier than the dreams I had 26 years ago. 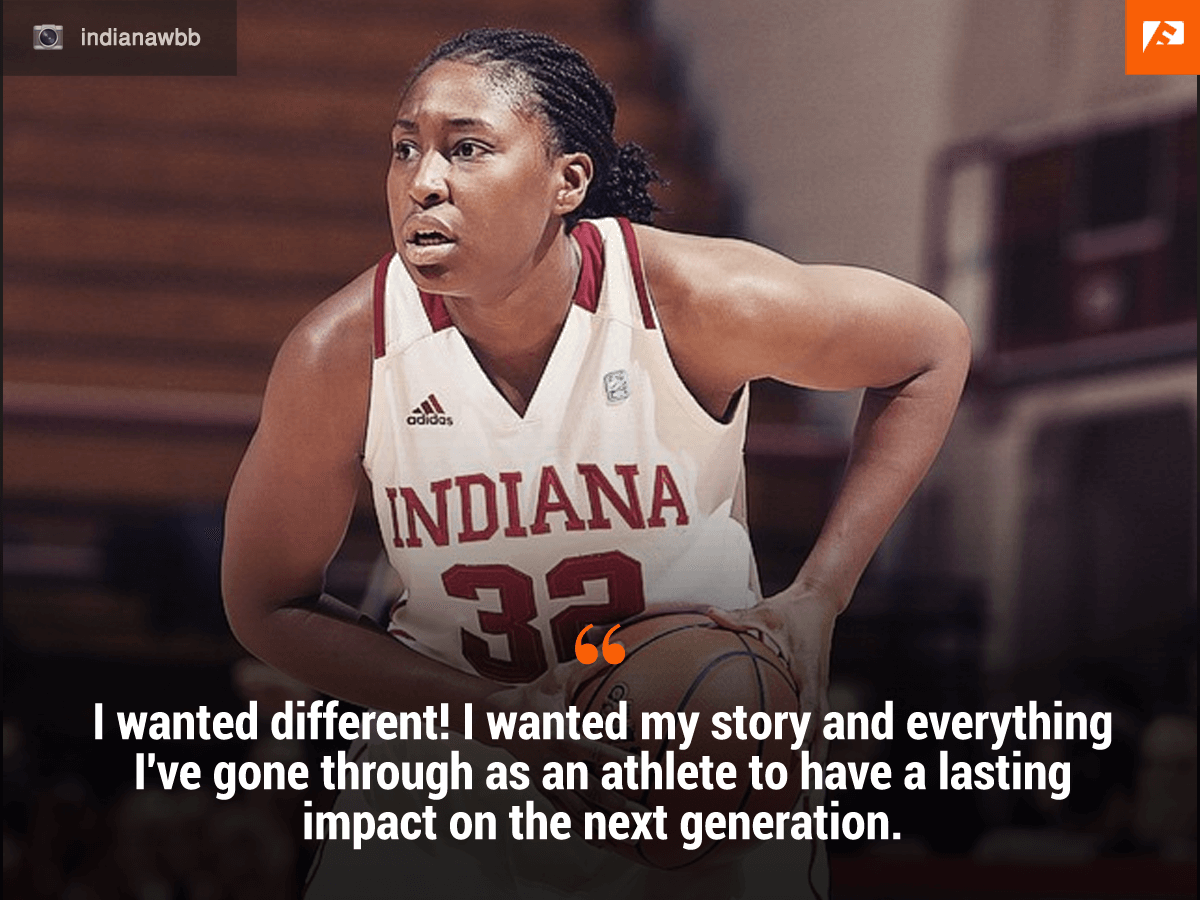 Here I was with a vision of owning my own company. But this time around, I had no coach, no mentor that was willing to aid in my growth, no teammates eager to fight for a common goal; it was just me. At that moment, I realized the identity of being an athlete would no longer hold the same power. I realized the industry didn’t love us back at the end of our journeys as much as it did during the beginning. I reached out to those who call themselves philanthropists and mentors to athletes but nothing came of it. I had to make this leap alone, and I knew it would be a tough one.

Despite fear and doubt tried to hold me back, I continued to move forward. The idea to just coach and go through the normal routine crossed my mind daily but through meditation and visualization practices, I began to redefine who I was outside of my athletic identity. I was so much more than an athlete. My story held power to inspire the next generation! Everything I have faced as an athlete was needed to push me into my true purpose and destiny. The game was a process I needed to go through in order to know exactly what needed to be created for the next group of elite athletes. I had finally connected with Jori, and the idea of one day letting basketball go was no longer a fear.

Self-discovery was imperative to my transition. Without it, I would have never taken the steps I have thus far as an entrepreneur. I realized all the skills I possessed that made me a successful athlete would be the same skills I need to be a successful entrepreneur. I would face adversity and competition. I would have to be a team leader and manage it. I would have to be a student of the game being played in order to WIN. I realized the feeling I thought I would never get once I walked away from sports wasn’t far gone after all. I simply needed to get out of my own way and walk into my new and redefined destiny. 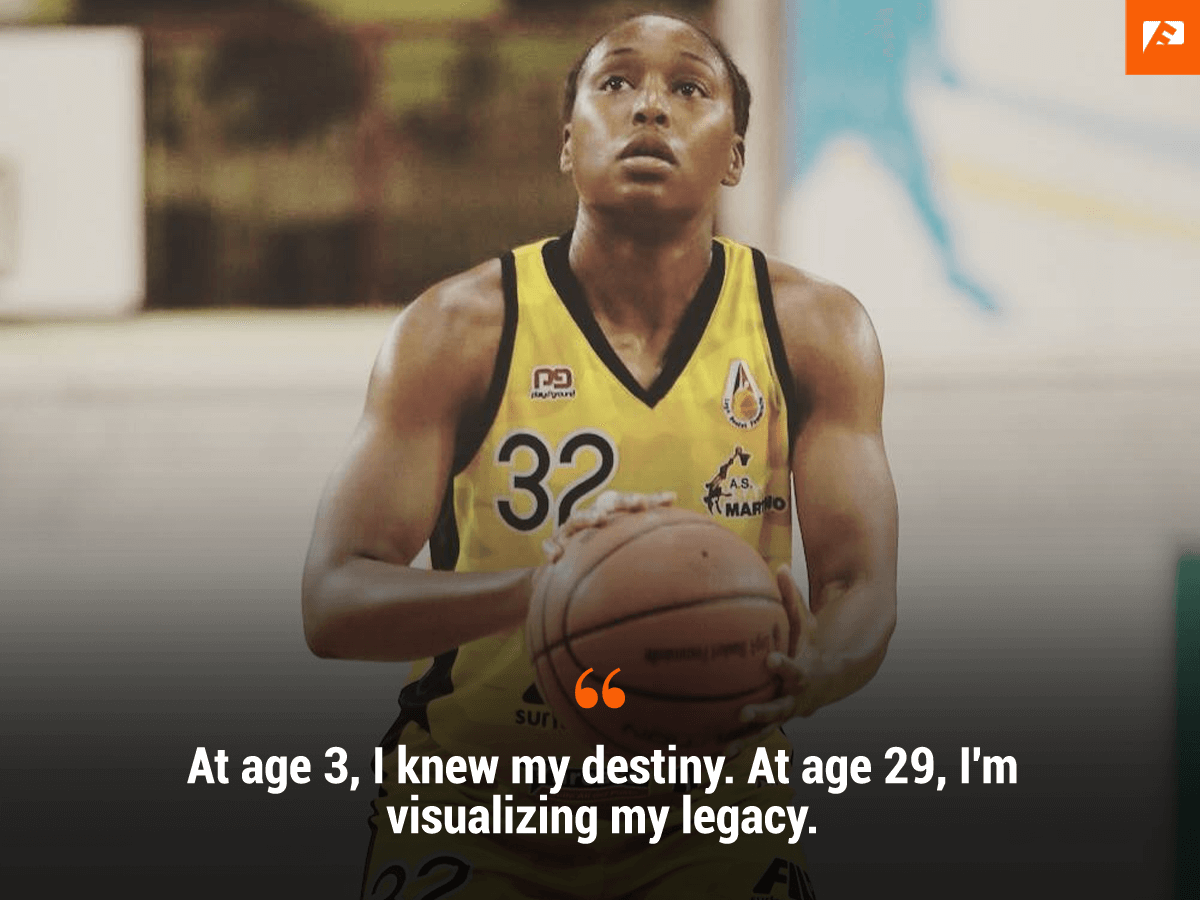 My story continues to be written and I’m excited for what this new journey holds. Yet, when I look back on how I made it thus far, I constantly draw from the lessons my 3-year-old-self taught me. The power of manifestation, visualization, and moving towards your goals with passion and determination. At age 3, I knew my destiny. At age 29, I’m visualizing my legacy.

Athletes hold so much value and skills that if we use them correctly, we can create global change. The influence we have on the next generation is a powerful thing if we effectively use the platforms given to us. We are more than just athletes, and we must empower one another to truly believe so. This is our industry and it is time to come together and change it to better serve us long-term. The field may change, but we are still in the game.