"Our student-athletes don't have a lot of social media followers, so the new rule changes won't impact us much."

In the Unpacking NIL blog series, we talk about the most pressing and frequent NIL-related questions, statements, and concerns that administrators, coaches, and student-athletes ask us.

Today, we’ll take a closer look at the following statement:

“Our student-athletes don’t have a lot of social media followers, so the new rule changes won’t impact us much.”

Let’s kick this off by addressing where this statement actually comes from.

One of the biggest problems we see with the current conversations about NIL is that they are mostly focused on “how much money can student-athletes like Trevor Lawrence make on social media.”

Rightfully, it’s a very appealing conversation to have and one that draws eyeballs to the new legislation.

One thing, however, that this message fails to convey is that 99% of student-athletes won’t fall into the category of a Trevor Lawrence – and that is perfectly fine.

In a very simplified world, the new rule changes create financial opportunities for student-athletes on social media and outside of social media.

Outside of social media, student-athletes can give private lessons, run camps, start their own companies, and much more. Whether your student-athletes have 500 followers or 50,000 doesn’t make a fundamental difference here.

Why? Well, brands care about authenticity, engagement, and relatability – categories that micro-influencers score very high on. Combine that with the fact that athletes outperform traditional influencers in pretty much every category, even a modest following can make your student-athletes appealing to brands.

So, in other words, your student-athletes don’t have to have tens of thousands of social media followers to attract local, regional, or even national endorsement opportunities.

When it comes to social media, it’s all about helping your student-athletes understand how they can leverage the platforms to tell their story, build an engaged audience, and gain influence. 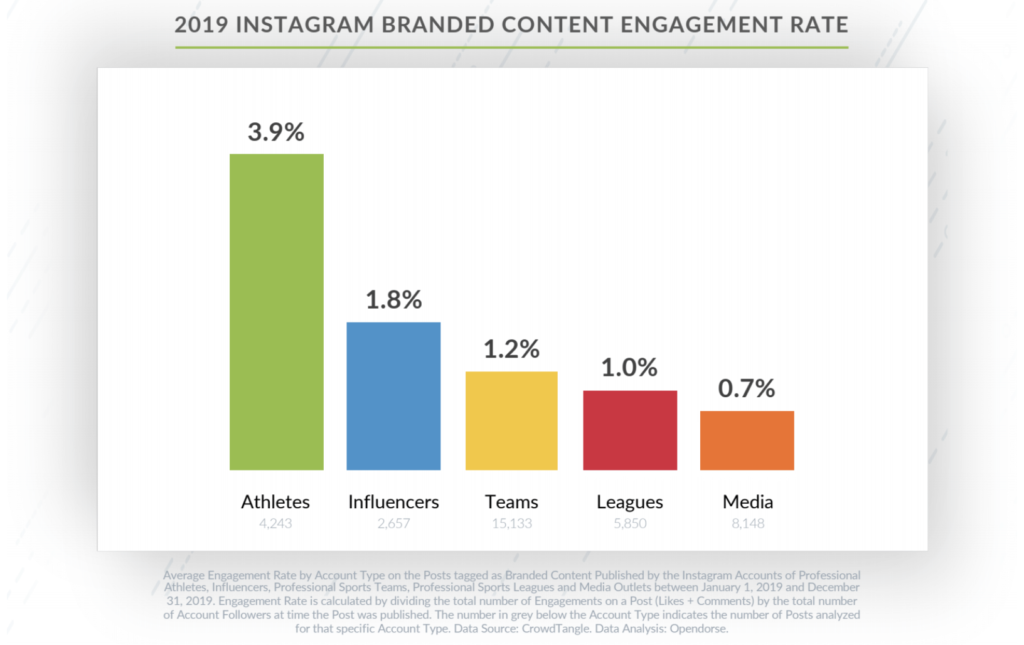 While your athletes may not be in a position to make $100k from a national brand endorsement deal, they might make $3k from a deal with a regional retailer, $2k from running a local camp, or $100 a month from sending out personalized Cameos. And helping your athletes capitalize on those opportunities should be equally as important, right?

Overall, we are convinced that if the public conversation would shift from “who can make the most money under this new legislation” to “how much money can the average student-athlete make“, many schools that currently doubt the new rules changes to have a big impact on them and their student-athletes might change how they feel.

If you want to learn more about our program, FanWord BrandUp, and how our tailored and hands-on approach will benefit all of your student-athletes, regardless of the size of their social media audience, click here or send us an email at info@fanword.com.