Adding to the Family Legacy

In 1987, my mom, Jocelyn Saunders (Muir), decided to set out on a 521 mile marathon swim around Lake Ontario that would cement her legacy as one of the greatest open water swimmers Canada has ever produced.

This was the longest international marathon swim ever recorded. Setting world records became commonplace for my mom as she went on to set nine world records and win a world championship. Following her outstanding career in swimming, Jocelyn became a professional triathlete, specializing in none other but the Ironman distance.

Sometimes I joke with my family how I am the only one to have not won a national championship. The closest I have come was a state championship in tennis back in high school.

Four generations of Provincial, National and International athletic achievements in numerous sports such as badminton, tennis, swimming, curling and sailing run in my mom’s side of the family.

When I step up to the blocks, I can feel the weight of being part of a family legacy.

Despite the pressure however, it gives me a sort of ease and confidence knowing that success is already in my genes. 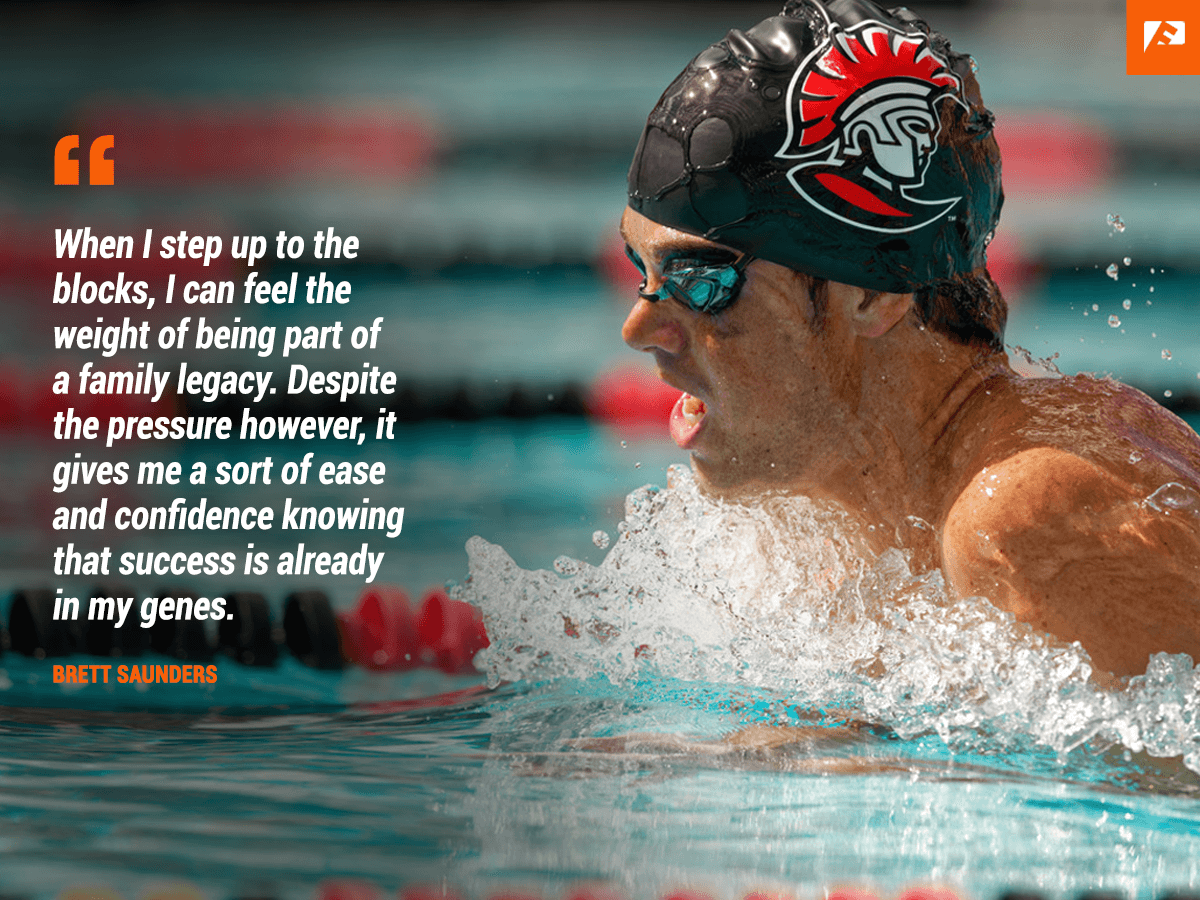 At the 1992 Canadian Olympic Road Race Trials, my dad, Blair Saunders, was the top placing Canadian and qualified for the 1992 Olympic Games in Barcelona. He was a three-time National Champion in team pursuit and team time trial and traveled to 16 countries in his six years as a professional cyclist.

My sister did her part by winning USA Triathlon Olympic Distance Age Group National Championship in 2014. The following year, my family competed at the ITU Triathlon Age Group World Championships in Chicago and I placed sixth, after leading the swim and part of the bike portion of the race.

I must say, my genes have helped me in my swimming career.

There is no event suited for me better than the 400 Individual Medley which requires the most mental toughness out of all the races as well as the ability to swim all four strokes fast.

Within the first four months at the University of Tampa, I dropped seven seconds in that event and set the school record. I finally felt I was beginning to reach my full potential.

At our most recent meet, I lowered the school record and I currently hold the fastest time in NCAA Division II. 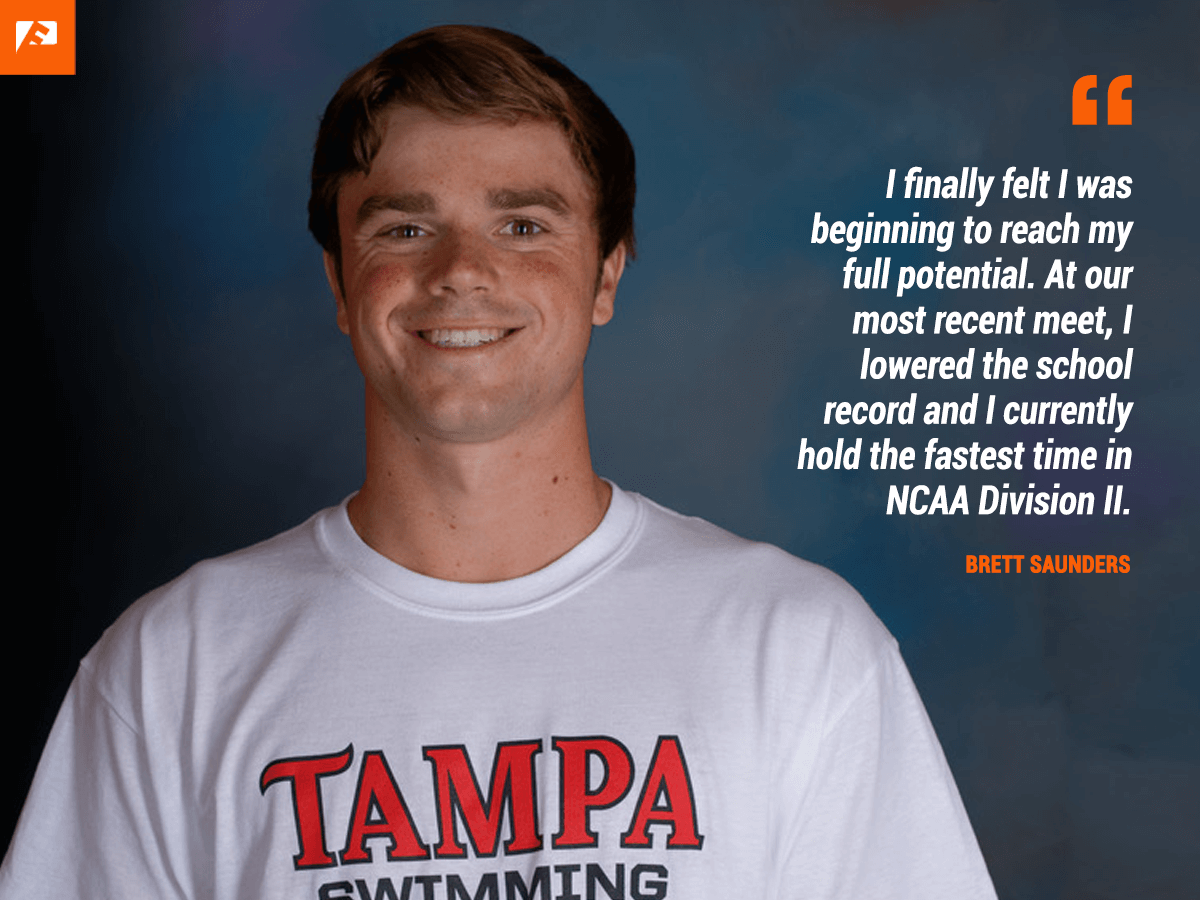 The second fastest time at the moment is currently held by a friend I went to a sports camp with when I was younger, Adrian Vanderhelm.

Starting at the age of seven, Camp Ak-O-Mak and Camp Chikopi has helped me become more diverse with participating in over 20 sports throughout the summer.

The past four summers I have been blessed to be able to work by my mom’s side at Ak-O-Mak, running swim practices and even coaching sports like mountain biking, triathlons, softball, and tennis. My mom always told me:

100 years from now it will not matter what my bank account was, or the sort of house I lived in, or the kind of car I drove, but the world may be different because I was important in the life of a child.

Moving forward, I look to graduate from the University of Tampa in December of 2019, and then pursue a Master of Science in Finance during my last swimming semester here at UT.

One of the best decisions I have ever made was committing to The University of Tampa. Going to a Division 2 school has allowed me to make a significant impact on the team, qualify for NCAAs, and still have plenty of time for school and social activities. Not to mention the Speedo tan lines you get after having 2 pm workouts. 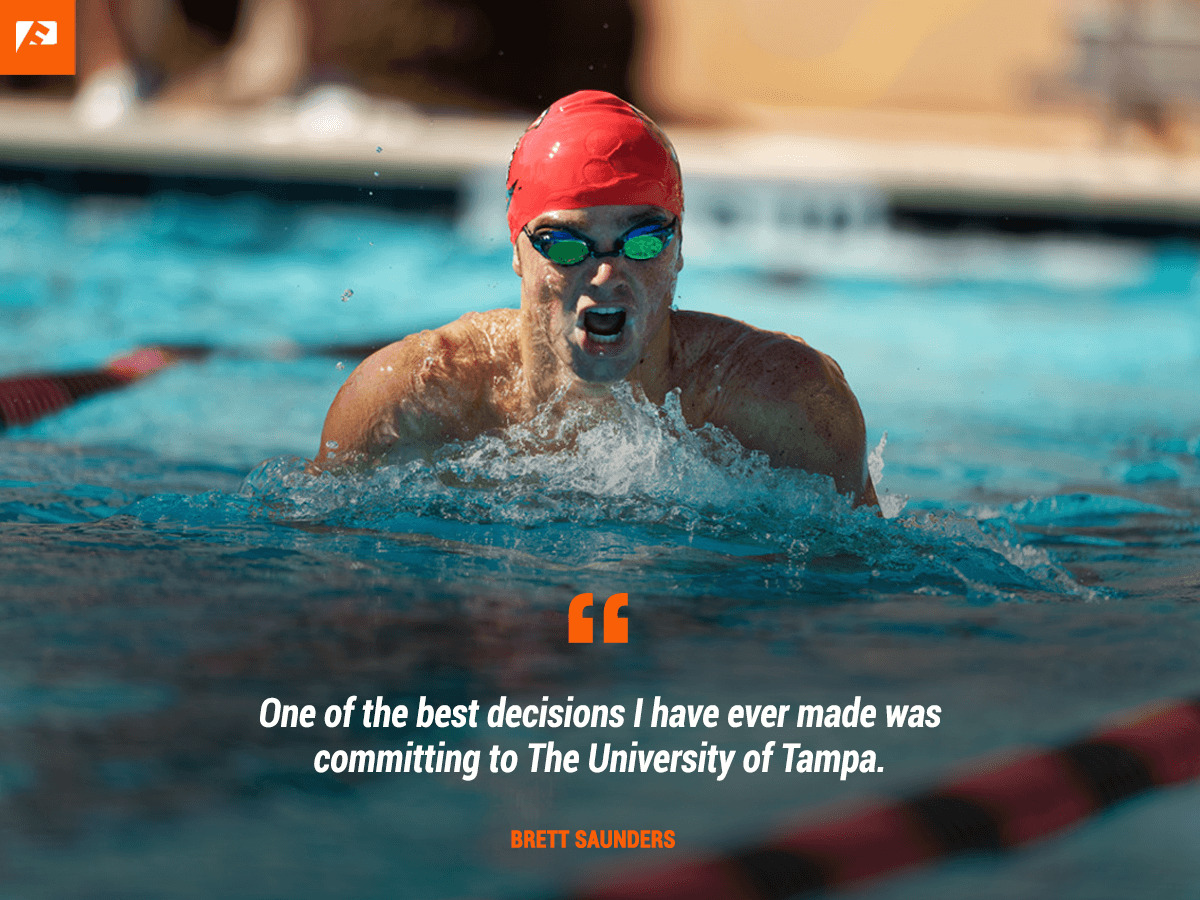 It has truly been a blessing to get to do the sport I love all these years.

My family has supported me through it all. Having the experience and wisdom that they have in sport has guided me down the path of success.

Each setback I face, they can relate. I thought it was bad getting second for the fifth time at the state championships by only .02 seconds.

Meanwhile, my dad once lost the 100 kilometer team time trial at Nationals by less than a second in 1993.

It was a year later that they won and set the national record that still stands today.