A Kid From The Park

In this three-part series, former Iowa State football player and co-founder of Bulu, Paul Jarrett, shares personal and unique experiences from his childhood, teenage, and adult years. In this first part, Paul describes what it was like growing up in a trailer park and his development as a football player.

My childhood was defined by the trailer park I lived and grew up in. Back then, we didn’t have much but that never dawned on us. As a child, the trailer park and all of its glory was my normal. It wasn’t until years later that I realized that many of my childhood experiences were vastly different than my friends’, and especially different from the suits of the business world.

In a trailer park, you see a lot of strange things and even stranger people. I remember a middle-aged dude from the park who used to walk around in a speedo with an anaconda stretched around his neck. Childhood me thought “bro, that’s a dope snake”; now it’s like “who the hell walks around with a snake around their neck?”

Young and living in the trailer park I saw numerous waves of people come and go through the years. The park shifted from mostly Vietnamese refugees, to cocaine addicts, and everything in-between. A large part of the migration had to do with Lincoln Catholic Social Services bringing in new people for low-income housing.

Living in the trailer park gave me a healthy dose of culture shock at an early age. I remember riding my bike through the park to see someone butchering a rabbit across the lawn with a nail-spiked bat. What for me was an “oh, my god, what’s happening?” moment, was just a Vietnamese father prepping dinner for his family. 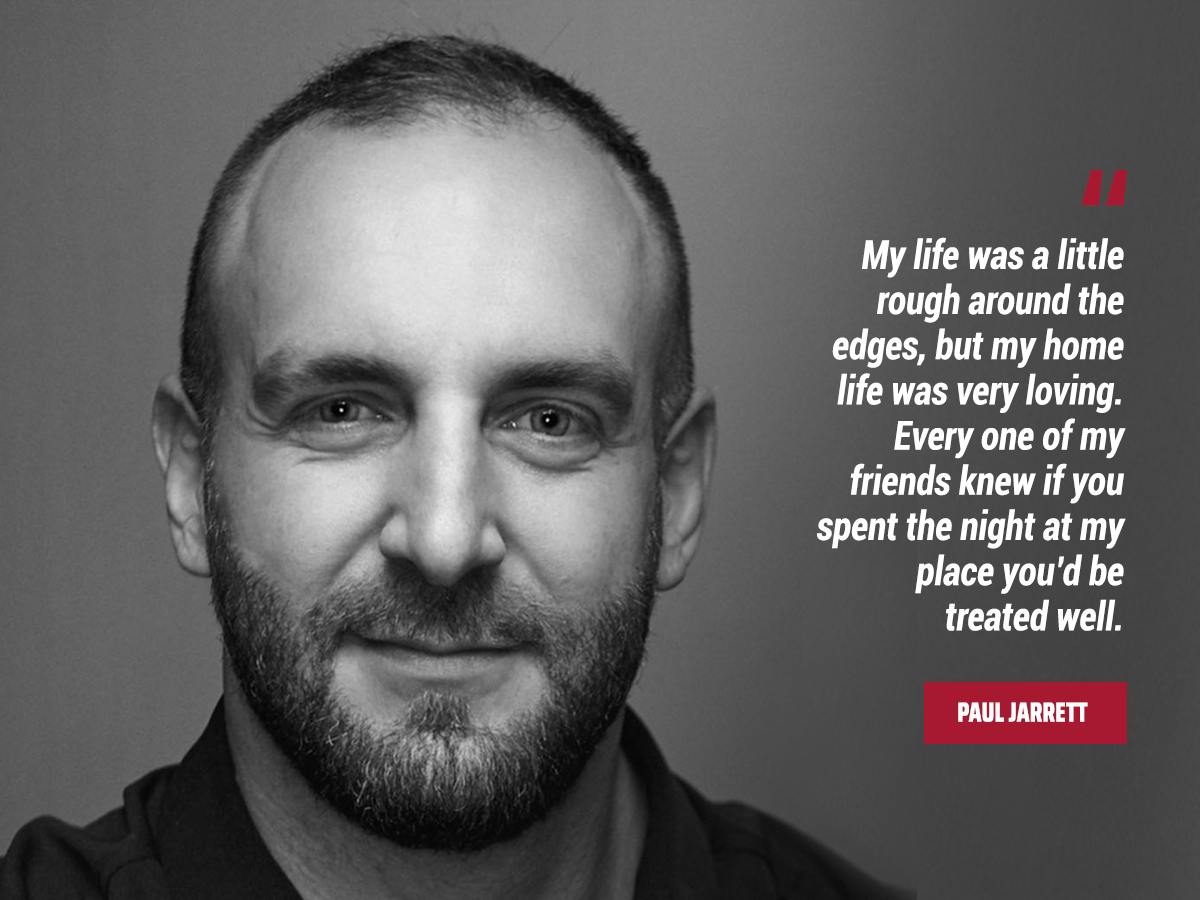 Life In The Trailer Park

The trailer park kept a steady flow of new kids moving in, so finding people to organize a game of football or baseball with was easy. In fact, outside exploring the park grounds was how I spent almost all my time. But with so many new people moving in and out, there were always kids that were trouble.

Kids around the neighborhood loved fighting. Once, hanging out in a group, a kid asked who the biggest kid was, to which I said myself. He walked up and just sucker punched me in the face; this was when I was in Kindergarten.

My life was a little rough around the edges, but my home life was very loving. Every one of my friends knew if you spent the night at my place you’d be treated well.

My dad was a police officer and my mom was a nurse. They worked their asses off to slowly buy each trailer in the park one after another renovating each unit. My mom ran the trailer park, hauling us kids in a wagon and collecting rent.

Looking back, my earliest business lessons came from the park. It made me tough and I learned what it meant to pursue something relentlessly. Most of all, I remember our family events at the park; each one was bigger and more special than the last.

At the age of fifteen, my father received back-to-back promotions eventually becoming chief deputy, along with successful real-estate investment returns. The time to buy a house never seemed better, so my parents bought a fixer-upper on 56th & Van Dorn with a pool and a sauna.

We renovated a ton of trailers in the park, so the opportunity to renovate a house was fucking crazy. The house ended up being awesome for us, and just like living in the park, I was super close to my high school. So, everyone would come to my place to hang out, I think the entire football team knew our garage code.

It doesn’t get much better than barbecuing in the backyard as a high-schooler in a new house with a pool, especially for a kid who grew up in a few hundred square foot trailer. 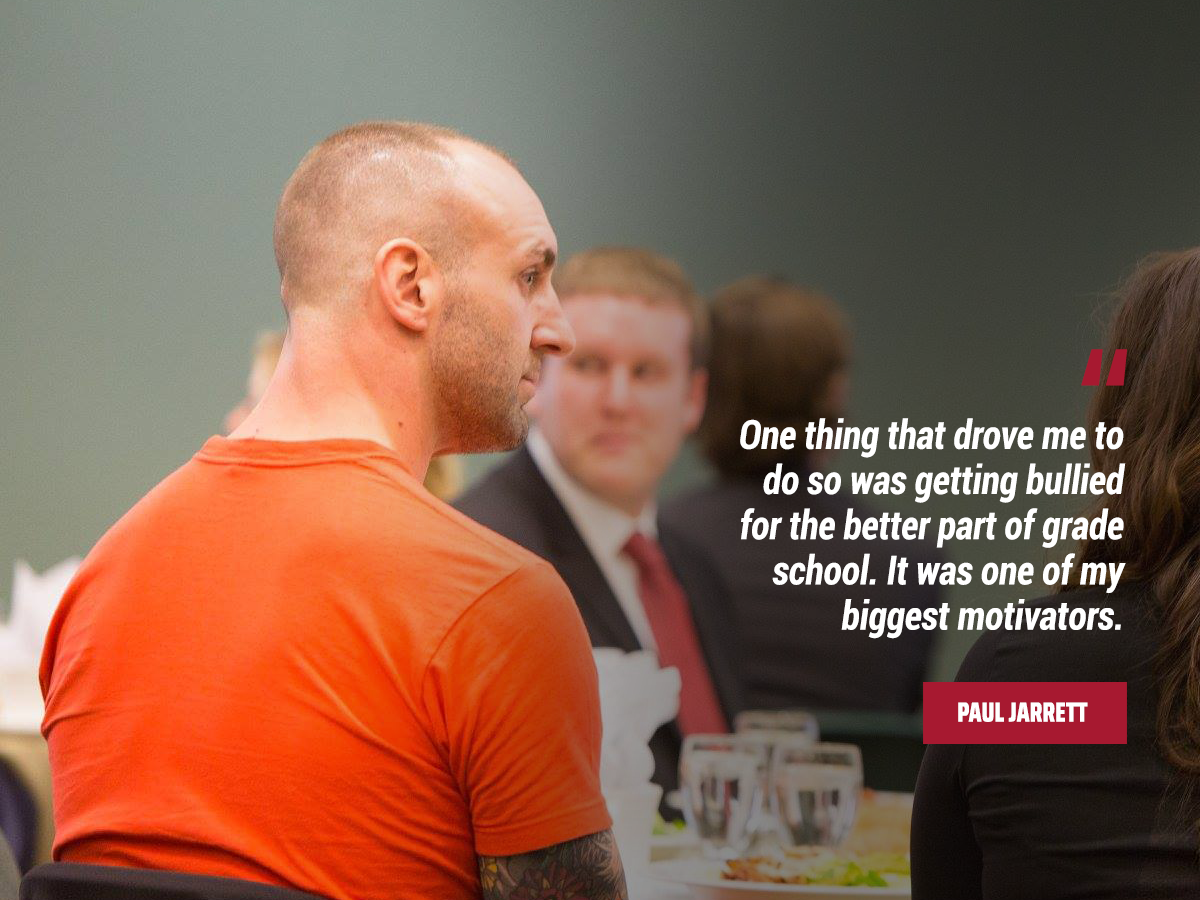 My athletic journey started around grade school, on a concrete field where we played tackle football, “yeah the good ol’ days.” But it wasn’t until I got to fifth grade after joining organized football that I received my first set of pads.

I remember when I was getting competitive and my father in his own supportive way calls me out after what I thought was a great game saying, “you’re a Jarrett, when you smell blood, you go for the kill.”

Which I know is like “woah”, but his words honestly helped me improve my performance.

I quickly gained a reputation as a hard hitter, the rise in my intensity was so recognizable that they bumped me up three age groups.

This jump came with its own challenges, but I was determined to stand out as the hardest hitter and keep my reputation. Even to the point where I was repeatedly running tackling drills with the number two tough guy to my own breaking point. With my ego getting the better of me I kept accepting my new coaches’ challenges. Me, the 165 lb sophomore going up against all seniors. I knew if I wanted to compete at their level, I needed to seriously commit to increasing my size.

One thing that drove me to do so was getting bullied for the better part of grade school. It was one of my biggest motivators. The water boy had nothing on me. Growing up going to private schools, I always stood out.

I was just weird and recognizable because of my size, and the fact that I didn’t have any money; I was even targeted because of the shoes I wore. To this day, I buy Jordans because I never could before.

Admittingly I took pride in the fact that I was dominating rich kids on the field with their expensive gear. I decided I’d show them who I was on the field. Of course, this only made them resent me more, but I used their years of abuse as fuel.

Then, like in a sick joke during my senior year, my shoulder blows out.

Where I was once getting flooded by athletic departments’ requests, I was now being abandoned. I am thankful for the universities that stuck by my side through the good and the bad. Mostly local schools like Nebraska which offered me a recovery year and Iowa State who accepted my faults and all, honoring their previous promises saying they wouldn’t go back on their word. In the end, I would go on to accept Iowa State’s offer because of the fact that they were still offering me a full ride.