The Moment I Will Never Forget

My name is Nick Smiley and I am currently a freshman at the University of Illinois at Chicago. As a little kid, I always dreamed of competing for a college gymnastics team. The first time I felt like I could turn this dream into a reality was in 2013. I was 13 years old and competed at the national championships in Portland against the top level eight gymnasts in the country.

The Confidence I Needed

Going into the competition, my goal was to hit six for six and make it to the second day. Despite not having performed at my very best, I was able to make it to the rings finals. Hearing this news filled me with so much joy as I had the chance to compete for a national title at my very first championships. On day two, I was able to hit my rings routine nicely. Now, the waiting game began. I nervously watched every other ring competitor perform. After the meet was over, I was the national silver medalist on rings. This moment defined the rest of my gymnastics career. Now, I finally felt confident that I could make it to the collegiate level.

I went on to compete at five more national competitions, winning the silver medal on the floor, a 5th place finish in the all-around, and at my last nationals, I was able to win the national title for the parallel bars. 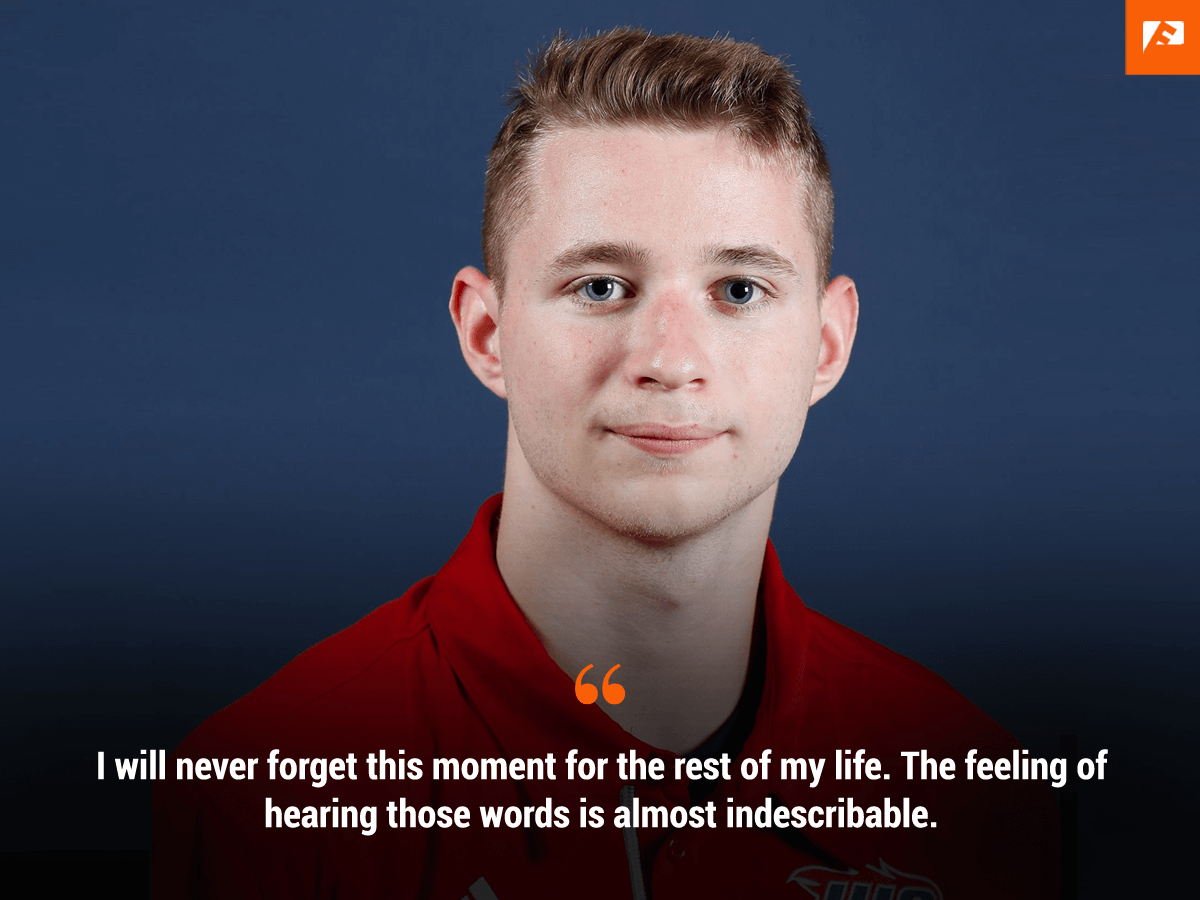 Twelve months before graduating from high school, I began looking for colleges that would support my athletic and academic ambitions. One day, I received a call from UIC head coach Charlie Nelson. Honestly, I didn’t even hesitate. I accepted in a heartbeat. As soon as I got off the phone, I shared the news with my mum and I remember us jumping up and down like little kids; it was like a scene from a movie. What was once a dream had officially grown into reality.

I was afraid to leave my team and friends that I had grown up and worked with since I was a eight years young. But once I arrived at UIC to meet the team for the first time, I knew I it was all worth it. Everyone on the team embraced me with open arms and I truly felt that UIC would be it. My new home. We just all instantly clicked. It was like we had been friends for years.

The Moment I Will Never Forget

But unfortunately, during our first week of the semester, we were informed that both the men’s and women’s gymnastics teams are getting cut after this upcoming season. I will never forget this moment for the rest of my life. The feeling of hearing those words is almost indescribable. I initially went into shock trying to contemplate what had just happened. Some of my teammates broke into tears while others seemed to have the same reaction as me. It was not until after the meeting had ended that I was able to wrap my head around what had just occurred. Tears started streaming down my face again and thankfully my teammates were there to comfort me. Everything I had ever worked for, my dream of being a collegiate gymnast for the next four years, had all been stripped away in a moments notice. I just felt hopeless and will remember that day as one of the lowest in my life.

We Still Have Hope

But we keep fighting until the very end and try everything we can to help this decision be reversed.